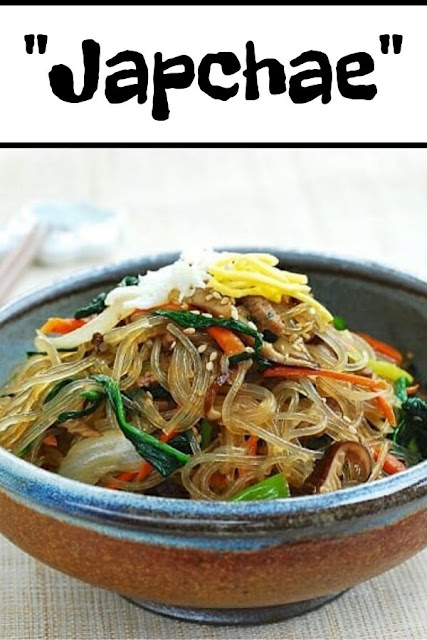 A fool proof way to achieve the perfect chewy bouncy glass noodle texture & you’ll be surprised how simple it is! No more boiling water, no more running noodles under cold water to make the perfect Chewy Korean Glass Noodles (Japchae / ChapChae)
Noodles are one of my most favorite things in the world to eat. It’s chewy, satisfying, comforting and great for sharing. When I had Korean glass noodles (Japchae / ChapChae) for the first time, I was blown away. The noodles were VERY chewy which made it very satisfying to eat, and the sauce didn’t sit on the surface of the noodles or pool up on the bottom – it was absorbed into the noodle! Fascinating eh?

When I got home I knew I HAD to recreate this. At the time, it was not easy to find recipes online like it is today and with MANY failed attempts, I finally figured out a way to make it the texture I had been seeking! So here I share my findings to you, in hopes that you can easily make these yummy Korean Glass Noodles (Japchae / ChapChae) at home anytime!

Japchae
Delicious as always. Love your recipe. Keep up the good work.