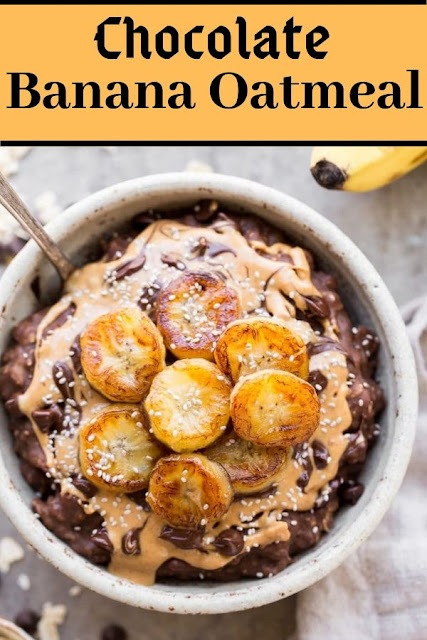 This Chocolate Banana Oatmeal is sweetened with a ripe banana, full of chocolatey flavor, and topped with sweet caramelized bananas! This gluten-free and vegan breakfast has no sugar added and is sure to fill you up and keep you satisfied.

I’ve been a bad breakfast person lately…as in, I’ve been skipping it a lot because mornings are BUSY. I know it’s not good to do, and it makes my blood sugar go a little wild for the rest of the day. I’ve been making sure to keep fat bombs on hand to devour when I’m rushing and need food ASAP.

These days have gotten so crazy busy though, between a major project I’m DYING to tell you guys about but not allowed to yet and taking care of my new man, Hank. The little guy is fulllll of energy and it feels like I’m always on a walk with him! We usually go at least five miles a day, and he’s still zooming around my apartment.

I’ve been really, really trying to make breakfast a priority for the past week or two though. For me, a weird person who doesn’t like eggs, sweet breakfasts are my go-to. When I’ve got something as delicious as this Chocolate Banana Oatmeal with Caramelized Bananas to look forward to, it’s definitely a stronger motivation to make myself breakfast.

Chocolate Banana Oatmeal
This looks like such a delicious bowl! I love the idea of caramelized bananas for some extra sweetness!